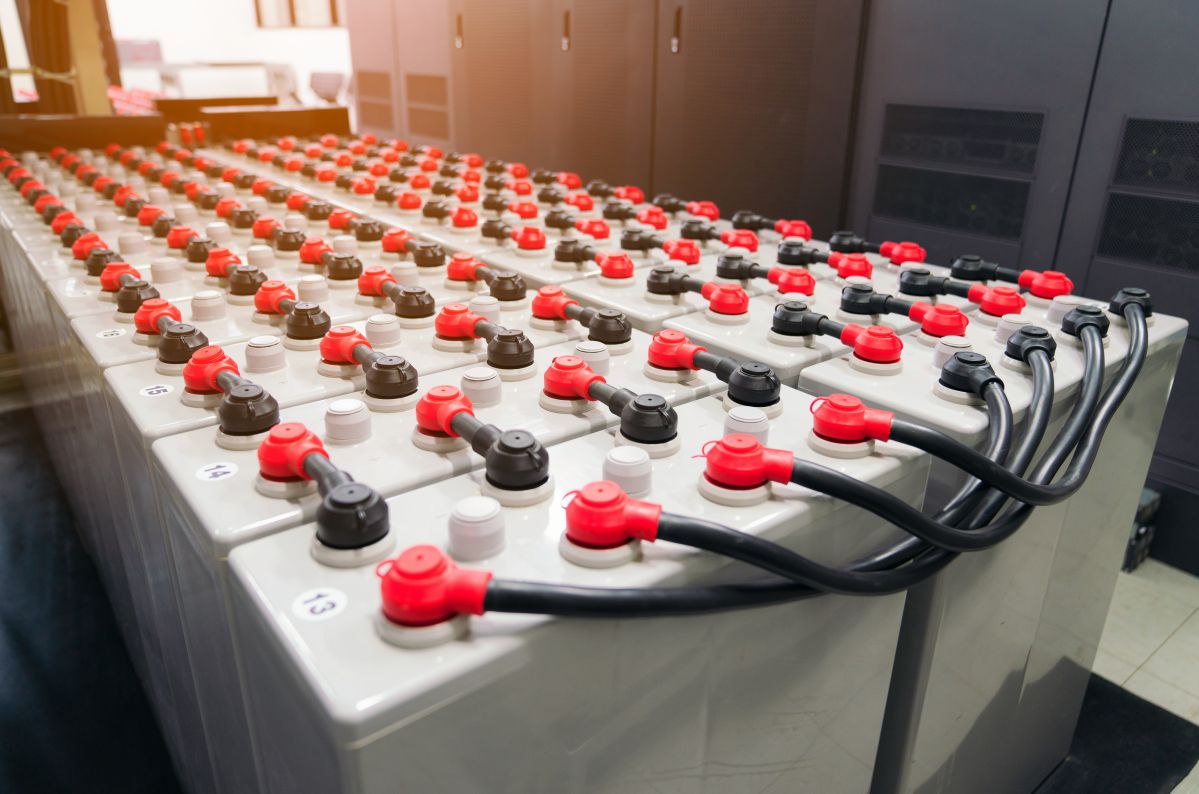 There are different types of solar batteries, but knowing the difference between them will allow you to make an informed decision about which one is right for your needs.

You may have heard the term “solar batteries” and wondered what they were. They’re one of those things that you’ve probably never looked into, but could be pretty important to your home’s energy use.

So, if you’re curious about solar batteries, we’ve got some information for you! We’ll go over the main types of solar batteries available today along with their pros and cons so that you can make an informed decision on how best to power your home or office.

There are many different types of solar batteries available on the market today. Some are better suited for certain applications, while others may be more expensive but worth it in the end.

Before you decide what type of battery to use, consider your needs and how much money you’re willing to spend on your project. This post will provide an overview of some common types of solar batteries so that you can get started making an informed decision about which one is right for you.

What Is a Solar Battery?

Before we look into the types of solar batteries, we should find out what is a solar battery and what are its main uses.

A solar battery is just what it sounds like, a battery that’s charged by solar energy. They typically contain lead plates that are submerged in an electrolyte solution of about 35 percent sulfuric acid and 65 percent water. Like other batteries, they have two terminals, one for each plate (electrode), and produce electricity when chemical reactions occur between the electrode and the electrolyte.

Solar batteries are most commonly used with solar power systems because they make use of surplus charge to recharge themselves after being drained during times of peak electrical demand (such as hot summer days). Longer duration, higher capacity “deep cycle” batteries will tend to last longer than shorter duration, high current rate “shallow cycle” batteries. Solar batteries allow you to store surplus electricity produced during the day for use after the sun goes down, giving you the ability to power your appliances at night when there is no solar power available.

Solar Batteries are used in solar-powered homes and buildings that cannot connect to an electric utility grid or whose owners want to be independent of it.  One common application of solar batteries is with “off-grid” homes – those not connected to a traditional electric utility grid. They are also often added on to existing electrical systems as backup power sources for emergencies or where ever there is a need for them. Sometimes they’re used just because they’re cool! 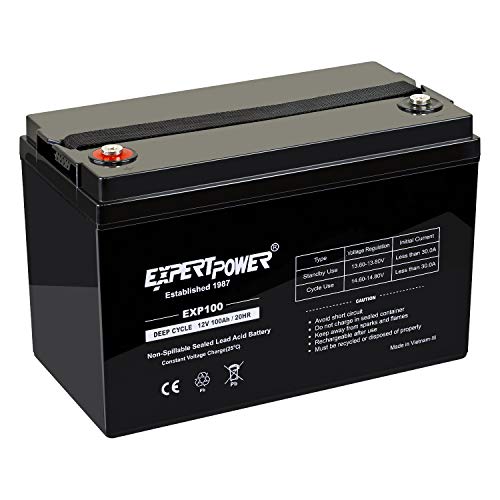 Lead-acid solar batteries are the most commonly used type of solar power storage. They consist of lead plates suspended in sulfuric acid and water solution, also known as electrolyte. The advantage of lead-acid batteries is their relatively inexpensive cost. They are the cheapest type of solar battery available on the market today.

Lead-acid batteries are commonly used with both off-grid and on-grid systems, however, they’re only suitable for off-grid applications when matched with a compatible charge controller. In on-grid applications, these types of batteries require special “deep cycle” regulators that prevent overcharging during times of peak energy generation from solar panels or wind turbines/hydroelectric power generators.

The lifespan of a high-quality deep cycle lead-acid battery is about three years while a shallow cycle life span is more like two years. Lead-acid batteries require careful maintenance in order to maximize life span and performance, typically requiring equalization charges every month (done by applying higher voltage across the battery terminals for several hours) and watering every few months to prevent damage due to sulfation. 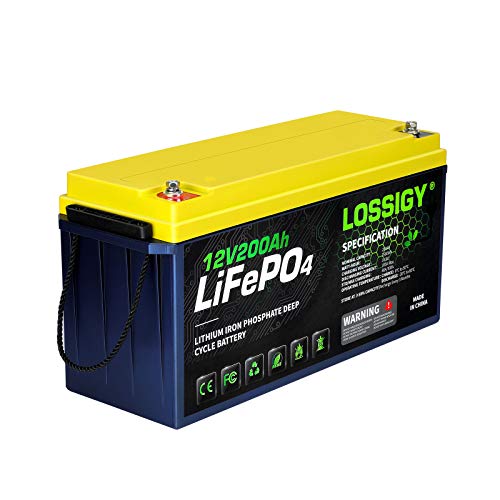 Over the last few years, Lithium-ion (Li-Ion) batteries have become increasingly popular with solar energy system owners. Lithium-ion batteries are lighter and more efficient than other types of solar power storage like lead-acid or nickel-based batteries. They also perform better in cold temperatures.

Lithium-Ion (Li-ion) batteries don’t need water to operate which makes them great for remote installations where recharging is not an option. Although they cost more than other types of PV systems, Li-ion’s ability to discharge deeper discharges per cycle makes it a very attractive option for those looking for a good balance between price and performance.

A typical life span of a high-quality lithium-ion battery is around ten years with an average total daily production of 5 kWh. 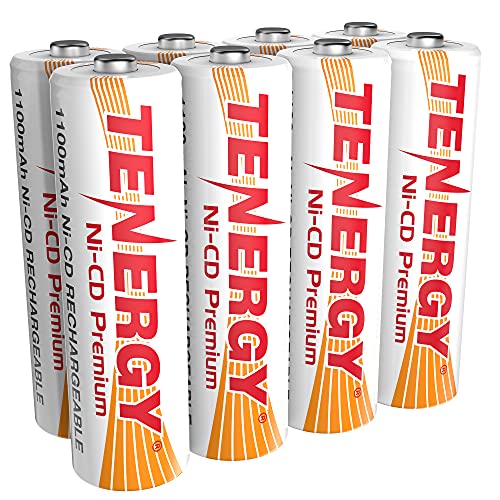 Nickel-Cadmium (Ni-Cd) batteries are a type of rechargeable battery that is widely used in consumer electronics. Ni-Cd’s were very popular with solar energy systems until the late 1990s and early 2000s when they were phased out because of environmental concerns associated with Cadmium.

They have recently become popular again as the price to performance ratio began to increase and manufacturers began focusing on developing better methods for recycling cadmium from old Ni-Cd batteries.

A typical life span of a nickel-based battery is about ten years with an average total daily production of 5 kWh. This type of battery is primarily used for off-grid systems.

Flow batteries are somewhat different than other types of solar power storage in that they use electrolyte fluids, which means they can potentially last much longer than traditional battery chemistries.  This makes them perfect for large-scale, off-grid systems like wind and solar farms.

A flow battery generally consists of two tanks (electrolyte) suspended in a chamber (anode and cathode). In order to charge one tank, the other must be discharged, thus creating a “flow.” Flow batteries have been considered as potential alternatives to lithium-ion batteries but haven’t been widely used yet because their cost is prohibitive for many applications.

A typical life span of a flow battery (depending on the type) is around 20 years with about an 8-10% daily production.

How to choose the right solar battery

Solar batteries are usually built to last about ten years but depending on their type, you may need to replace them more often. Batteries that are more susceptible to being drained quickly should be checked on more frequently than those less sensitive just so you know they’re still in good working condition.

After all, it would be a shame for your battery not to keep up with your energy needs just because it needed a quick charge yesterday. If you wanted some “ballpark” estimates on how long different types of solar batteries last, here’s what you might expect:

Nickel-cadmium solar batteries have an average lifespan of around 10 years with about 5 kWh of energy produced every day after 10 years.

Flow cells are somewhat different because life span can vary widely depending on what materials were used in their construction and how often they’ve been cycled. Typically, flow cell batteries last between five and 20 years but the actual amount of time you’ll get out of them will vary, making it nearly impossible to give hard numbers for this type of battery technology because there are so many variations on the market today.

However, regardless of the type or brand of battery you buy, you can rest easy knowing that all solar batteries sold today are built with quality in mind and were designed to meet the demands of even some of the most energy-intensive locations. The average daily production of a solar battery is 5 kWh per day after ten years.

What’s the difference between solar and regular batteries?

Solar batteries are specially designed to store renewable energy and release it on demand. They use different materials than regular batteries so they can cope with the slower charge/discharge rates that accompany dependable solar energy systems.

A traditional battery stores a limited amount of energy in a single cell, making quick charges difficult. Solar batteries, by contrast, contain two or more cells which allows them to produce electricity over a much longer time span.

In addition, solar batteries are lead-acid, nickel cadmium or lithium ion. In comparison to a regular battery, a solar battery system will produce more energy as time goes by and it won’t leak heavy metals into the environment once it’s been fully discharged.

Which type of battery is best for solar?

A flow battery is any electrochemical system that can store energy and release it later while a battery is being discharged or charged. The other common types of solar batteries include lead-acid, nickel cadmium and lithium ion. Each type has its own distinct benefits and drawbacks depending on how much power you need to keep your appliances going throughout the day.

Generally speaking, lifetime of a solar battery can vary from five to 10 years depending on the type. Flow cells tend to last longer but as stated above, they are the most expensive type on the market so if you don’t need a lot of energy storage, it might not be worth paying extra for this type of technology.

Can I use normal battery in solar inverter?

Yes, you can use normal batteries in solar inverter if it has battery maintenance feature. You need to check this feature before buying normal batteries for your solar inverter system. If the inverter maker recommends using specific type of batteries, then you should buy that one only. This is because some brands use special technology to prolong the life of their products.

They don’t want other companies’ product to compete with them so they’ll recommend using their own brand’s battery where ever possible. There are also brands that require specific models or types of batteries due to compatibility issues as well as safety reasons, which is why you need to make sure these requirements are met by both the supplier and the manufacturer before making a purchase.

What is the life of a solar battery?

Typically, a solar battery lasts anywhere from 5 to 20 years. This number depends on the type of battery you buy as well as how often it’s been cycled and what conditions were used in its construction. For those who live in areas with abundant sunlight, lifetimes as long as 15 years might be achievable.

Can you overload a solar inverter?

Yes, you can overload a solar inverter by putting too many appliances on it. Most inverters are designed to handle between 3 and 5 kilowatts of power at once so you should buy one that is powerful enough for your needs. The size of the inverter depends on the amount of power produced by your solar array so if you want to take advantage of each kWh generated during daylight hours, make sure the inverter has adequate storage capacity.

To give yourself the best chance of getting your money’s worth out of equipment, it is important to do your homework and take a few things into account when making a decision. With any type of battery system, you should always consider how long you plan on keeping it and figure that into the life span equation.

The more often you have to replace batteries, not only will they cost more initially but there’s also something to be said for the environmental repercussions from throwing away so many dead batteries over time.

The lifespan of a solar battery can vary dramatically depending on factors such as where it is installed, who manufactured the unit and what types of other renewable energy sources are being used in conjunction with it. In general, though all quality-made PV modules can survive decades of regular use before needing replacement.

Investing in strong battery technology is essential for getting the most out of your renewable energy system so be sure to look at all their options before making a purchase decision. While they may not be cheap, it really doesn’t pay to skimp on this equipment since its job is to protect your investment by helping you avoid any unnecessary loss of power over time.

If you like what you are reading, please consider checking out these posts below —