It’s easy to become confused with all of the technical lingoes you may come across or hear if you’re just getting started with solar energy. You might have heard or are familiar with the various methods of connecting solar panels and wondered, is it really vital for me to know about this? After all, you simply want the panels to work! 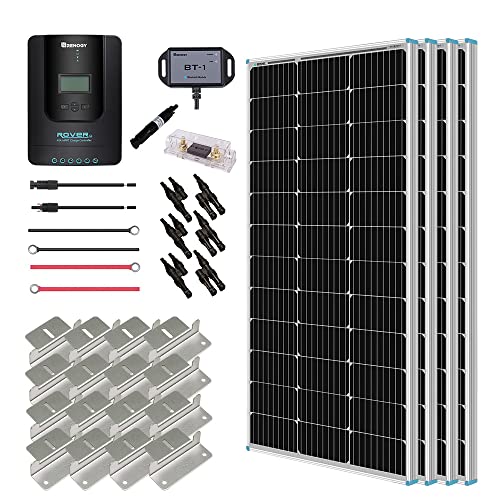 It is true that the method your solar panels are linked does make a difference. This is something to consider because it has an adverse impact on the performance of your system and the inverter you may utilize. If you want to get the most out of your solar panels while still making good on returns, they should be connected in such a way that they offer you maximum savings and return on investment.

Here are some of the most common questions homeowners have about wiring solar panels, with answers to help you decide if your panels should be linked in series or parallel.

Solar Panels in Series vs. Parallel

The main difference between these two methods is that series connection increases voltage while parallel connection increases amperage. In a nutshell, this means that if you want more power output (watts), you’ll likely want to connect your solar panels in series. If you need more current (amps), on the other hand, connecting them in parallel would be the better option.

Also Read: The Difference Between Batteries in Series vs Parallel

When wiring solar panels in series, the voltage is increased while the amperage stays the same. The increase in voltage means that more electricity can be generated by each panel, but it also comes with a few drawbacks.

The main disadvantage of connecting solar panels in series is that if one panel experiences shading or a drop in performance, it can drag down the entire string of solar panels connected to it. This is because electrical current only flows from one panel to the next, so if there’s a break in the chain (i.e., one panel isn’t performing as well as the others), it affects the whole system.

Voltage and Amps in Series

When in series, the voltage is additive while the amps remain constant.

What It’s Best For

Solar panels wired in series are best for situations where you need a lot of power (watts), but the amperage isn’t as important. This might be the case if you have a smaller system and you’re not using very many appliances that require a lot of electricity at once.

Wiring solar panels in parallel are just the opposite of wiring them in series. In this configuration, the amperage is increased while the voltage stays the same. This is because each panel is hooked up to its own circuit, so the current can flow freely from one panel to the next without being hindered.

The main advantage of connecting solar panels in parallel is that if one panel experiences shading or a drop in performance, it doesn’t affect the other panels in the system. This is because each panel is on its own circuit and isn’t linked to the others, so any issues with one panel won’t have an impact on the rest.

Voltage and Amps in Parallel

When in parallel, the voltage is constant while the amps are additive.

For example, if you have 4 solar panels rated at 24 volts and 5 amps each, they will produce 24 volts and 20 amps when wired in parallel.

What It’s Best For

Solar panels wired in parallel are best for situations where you need a lot of currents (amps), but the voltage isn’t as important. This might be the case if you have a large system and you’re using many appliances that require a lot of electricity at once.

Also Read: How to Connect Two Inverters in Parallel

Wire Sizes for Solar Panels in Series vs Parallel

The wire size you’ll need for your solar panel system depends on the voltage and amperage of your panels, as well as the distance between them.

For example, if you have 4 solar panels wired in series that are 24 volts and 5 amps each, you’ll need a 10 gauge wire that is 20 feet long.

But if you have those same 4 solar panels wired in parallel, you’ll only need a 14 gauge wire that is 10 feet long.

MC4 Connectors for Wiring Solar Panels in Series vs Parallel

MC4 connectors are one of the most popular types of solar panel connectors on the market. They’re easy to use and they allow you to connect your solar panels in both series and parallel.

Now that you know the difference between wiring solar panels in series vs parallel and the pros and cons of each method, you can make a more informed decision about which one is right for your home. If you have any questions or need help deciding, feel free to contact a qualified solar installer in your area. They will be able to help you determine the best way to wire your panels based on your specific needs and goals.

If you liked this article about series vs parallel solar panels, consider checking out these other articles below —