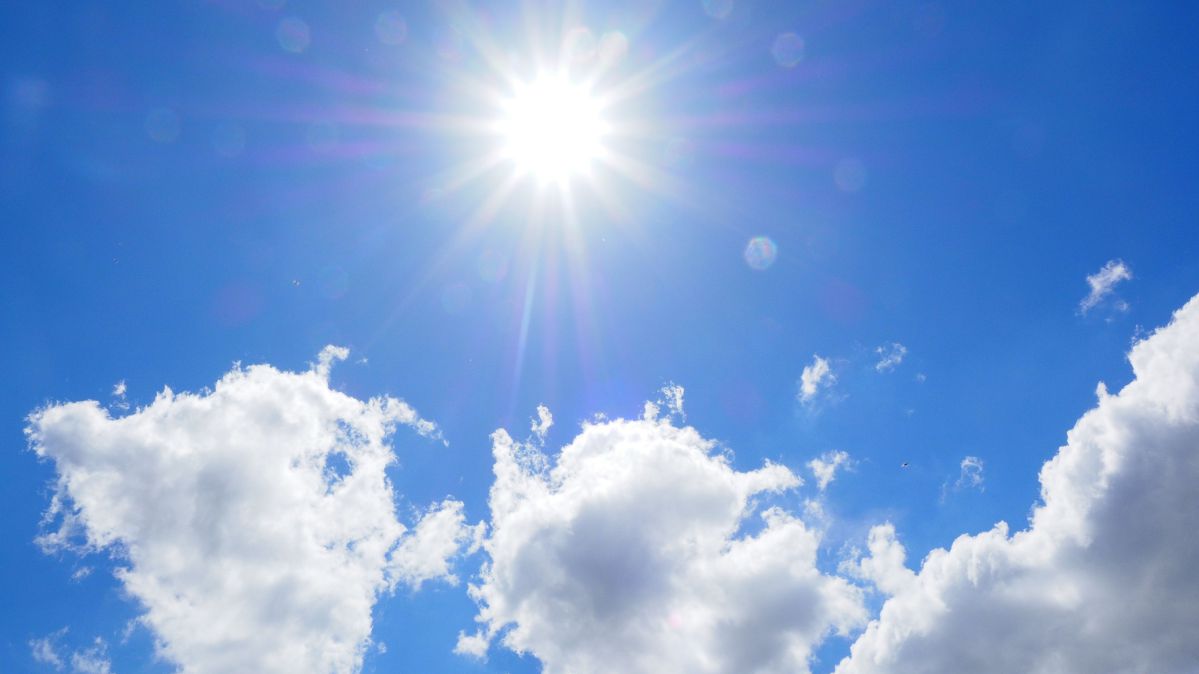 Wondering how many lumens is the sun? The Sun is a big massive giant ball of energy and fire and it gives off an insane amount of light. In fact, it gives off more light than we could ever possibly imagine. The Sun emits around 386 billion gigawatts of energy every single second.

And out of that, around 3.8 million gigawatts actually reach the Earth. But how much of that is in the form of visible light?

Well, the answer might surprise you. Even though the Sun is insanely bright, the vast majority of its output is in the form of infrared light and ultraviolet light, which our eyes can’t even see. The Sun only emits about 12-17% of its total output in terms of pure visible light.

So how much visible light does that translate to? Well, it’s actually really hard to say for sure because the Sun’s output changes all the time and it’s hard to measure from Earth. Regardless, in this article, we’ll do our best to answer the question: How many lumens is the Sun?

What is a Lumen?

First of all, let’s quickly go over what a lumen actually is. A lumen is simply a unit of measurement for light. It’s basically the amount of light that you would see if you were looking at a light source from one particular angle.

To put it another way, lumens measure the apparent brightness of a light source from a specific distance away. By definition, “a unit of luminous flux in the International System of Units, that is equal to the amount of light given out through a solid angle by a source of one-candela intensity radiating equally in all directions.”

Basically, when talking about brightness, it’s easier to just use lumens to make things simpler.

Also Read: How to Charge Solar Lights Without Sun

How Many Lumens Is the Sun?

Now time to get to the heart of the matter: How many lumens is the Sun? Well, as we said earlier, it’s actually really hard to say for sure because the Sun’s output changes all the time and it’s hard to measure from Earth.

That being said, if we were to measure at a specific point on earth, like at the equator, during midday, on a sunny day, then we would find that the sun is giving off around 1.000 watts per square meter. With that being said, one watt is equal to 684 lumens. So, if we multiply 1.000 watts by 684 lumens, we get an answer of around 684,000 lumens.

However, that’s just an estimate. The truth is, we can’t really know for sure how many lumens the Sun gives off because it’s constantly changing. But regardless, the answer is still a mind-bogglingly huge number.

How Many Lumens Will Permanently Blind You?

Let’s first make it clear that it’s nearly impossible to be permanently blinded by the Sun. However, you can damage your eyes if you stare at the Sun for too long.

The human eye is incredibly sensitive to light and it can only take so much before it starts to get damaged. In fact, just looking at directly the Sun for a few seconds is enough to damage your eyes.

Also, any regular product or device that emits around 1000 lumens or more can cause damage to your eyes if you stare at it for too long. The good thing is, that normal household lights don’t come close to emitting that much light.

Although, there’s no particular evidence, in order to permanently blind you, an object would need to emit around 5,000 lumens or more and you would need to stare at it for some time.

How Many Lumens Is Dangerous?

This is a difficult question to answer because it really depends on the person. Some people can’t handle too much light while others can.

In general, any product or device that emits around 1000 lumens or more can cause damage to your eyes if you stare at it for too long. So, you should probably avoid staring at anything that emits that much light.

Of course, there are some people who are more sensitive to light than others and they might find that even lower lumen levels are too much for them. If you fall into this category, then you should probably consult with a doctor to see address any matters or concerns regarding your eyesight.

How many lumens does real light have?

The answer to this question really depends on the light source. For example, a household light bulb might emit around 800 lumens while the sun can give off around 684,000 lumens.

How many lumens do police flashlights have?

This may vary depending on the flashlight, but most police flashlights have an output of around 1,00 lumens.

How many lumens do you need to start a fire?

You will need around 2,000 lumens to start a fire although the exact number may vary depending on the conditions.

In conclusion, lumens are a unit of measurement that is used to determine the brightness of a light source. The sun is incredibly bright and it emits around 684,000 lumens. However, that number is just an estimate because the Sun’s output changes all the time.

Looking directly at the Sun can damage your eyes so you should avoid doing that. Additionally, any product or device that emits around 1000 lumens or more can also cause damage to your eyes if you stare at it for too long. Some people are more sensitive to light than others so they might need to take extra precautions.

If you liked this article about how many lumens is the sun, consider checking out these other articles below —