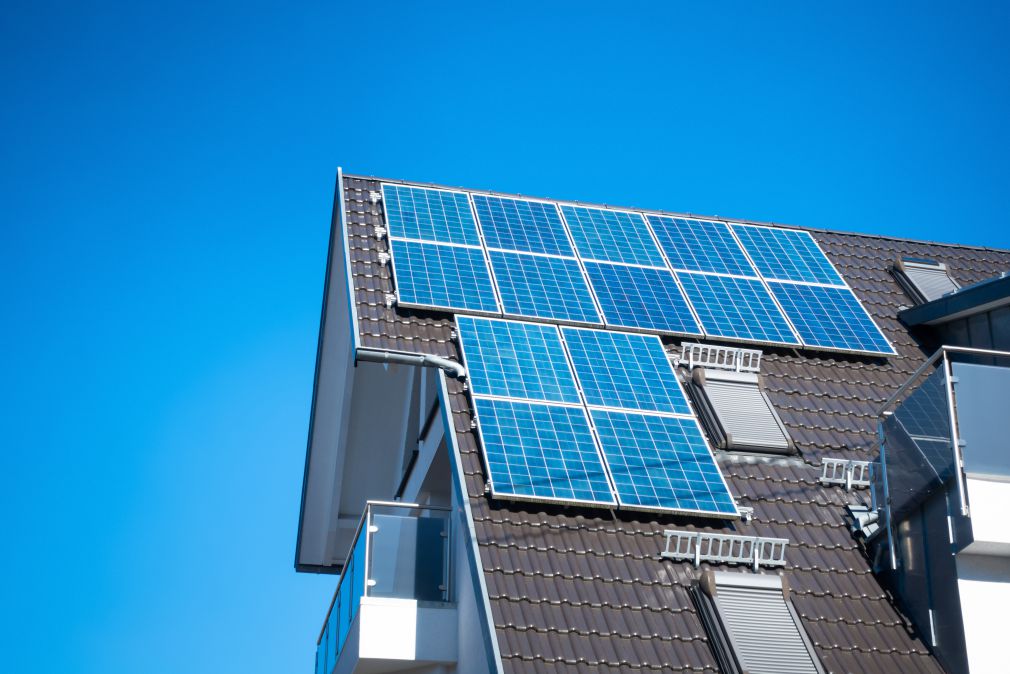 Installing solar panels can be a tricky business, and that’s especially true when it comes to putting on all sorts of different roofs. Normally, solar panels are installed on asphalt shingle roofs, but can you put solar panels on a metal roof?

Here’s the deal: you can absolutely install solar panels on a metal roof, but there are a few things you’ll need to take into consideration first. It’s important to work with an experienced installer who knows how to properly handle both the roof and the panels.

This article will go over all the relevant information, including the pros and cons of putting solar panels on a metal roof.

Can You Put Solar Panels On A Metal Roof?

As mentioned above, the answer is yes. However, it’s important that you work with an experienced installer who knows how to handle both the roof and the panels. Metal roofs can be delicate, and you don’t want to risk damaging anything during the installation process.

If an installer is not experienced with metal roofs, they could end up puncturing the roof or causing other damage. This would obviously be a nightmare scenario, so make sure you do your research and only work with an installer you trust.

What Are The Advantages Of Solar Panels On Metal Roofs?

The following are some of the advantages of installing solar panels on metal roofs:

When it comes to durability, metal roofs are in a league of their own. They can withstand all sorts of extreme weather conditions and so you can rest assured that your solar panels will be well-protected and safe.

The lifespan of a metal roof is also much longer than that of a traditional asphalt shingle roof. In fact, a well-maintained metal roof can easily last for 70 years or more. This is great news if you want to get the most out of your solar panel investment as solar panels are less productive after 25 years.

Another advantage of putting solar panels on a metal roof is the cooling benefits. The panels will absorb the sunlight and if the metal roof has a reflective surface, it can help to keep your home cooler in the summer months.

Metal roofs are also much more eco-friendly than traditional asphalt shingle roofs. This is because they can be made from recycled materials, and they’re also recyclable at the end of their lifespan as are solar panels.

Finally, metal roofs are generally much easier to install solar panels on than other types of roofs. This is because the panels can be attached directly to the roof without having to worry about puncturing or damaging the material due to specialized bracketing systems.

Also Read: How Are Solar Panels Attached to Roof

What Are The Disadvantages Of A Metal Roof?

The following are some of the disadvantages of metal roofs:

The biggest disadvantage of a metal roof is the upfront cost. Metal roofs are much more expensive than traditional asphalt shingle roofs, so you’ll need to factor that into your budget.

Should it rain or hail, you’ll definitely know it’s happening thanks to the noise a metal roof can make. Some homeowners find this extremely annoying, while others don’t mind it at all.

Metal roofs can expand and contract due to changes in temperature, which can eventually lead to loosening of the fasteners. This is something you’ll need to keep an eye on, and it’s something your installer should be aware of as well.

Over time, the color of a metal roof can fade or change, so it might not match the rest of your home as well as it did when it was first installed.

While metal roofs are extremely durable, they can be damaged in certain extreme weather conditions. For example, if a hailstone is large enough, it can dent or mangle the metal.

The following are some of the different types of solar panels that can be used on metal roofs:

These are the most popular type of solar panels, and they’re also the most efficient. They’re made up of silicon cells that convert sunlight into electricity.

These panels are made up of a thin layer of photovoltaic material that’s deposited onto a substrate. They’re less efficient than crystalline solar panels, but they’re also lighter and more flexible.

What Type Of Metal Roof Is Best For Solar Panels?

The type of metal roof that’s best for solar panels is one that’s flat or has a very slight slope. This makes it easier to install the panels, and it also helps to maximize their efficiency.

What Type Of Roof Is Best For Solar Panels?

Asphalt shingle roofs are the most popular type of roof for solar panels, but metal roofs are also a good option. It really depends on your individual needs and preferences.

If they’re not properly maintained, metal roofs can rust. However, this is usually not a problem as most metal roofs are made with galvanized steel or aluminum, which are both resistant to rust.

If you liked this article, about how you can put solar panels on a metal roof consider checking out these other articles below —