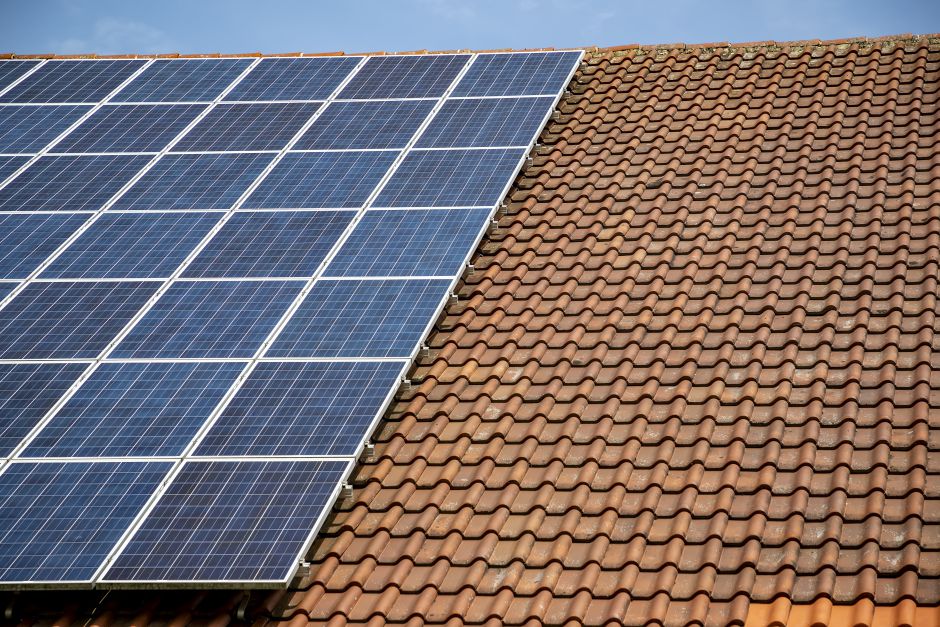 Roof pitch is the angle of a roof, and steepness varies depending on where one is in the world. It plays an important role in solar panels to be installed because it determines how much sunlight will reach them; while other factors come into play, such as geographical location and time of year (e.g., Northern vs. Southern Hemisphere),

This article will talk specifically about the best roof pitch for solar and why it’s important when installing solar panels.

Generally, the steeper the roof drops off from front to back or from ridgeline to eave line, the more direct sun gets on an array.

The amount of potential energy gain correlates with the degree of slope up to a certain point… beyond which increasing steepness can actually decrease the energy gains because it increases shading and wind effects.

Why Angles Are Crucial For Rooftop Solar Systems 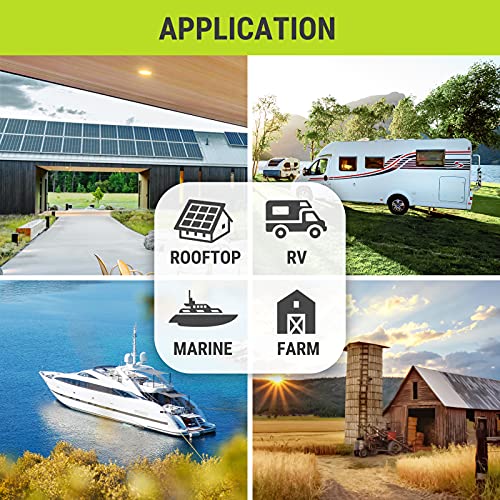 Even as simple as this may sound, different angles will yield drastically different results, and angles that are too high or too low could greatly reduce the amount of electricity produced.

Here’s what you need to know about correct and incorrect angles:

Case 1: The best angle for a rooftop solar system is between 0 and 40 degrees

The first category – 0-40 degree roof pitch – accounts for around 80% of all available roof pitches in Australia. This range has been chosen by a solar company as their recommended range for their new solar energy systems.

When sunlight can hit solar panels at a 40-degree angle (or somewhere very close), the outcome will be maximized efficiency.

However, if the roof pitch is too steep – any number above 45 degrees – this range of angles would fall under the second category described below.

Case 2: 85-90+ degree roof pitch angles are too high to have rooftop solar panels

At angles over 90 degrees, it becomes increasingly difficult to set up efficient rooftop solar systems because there simply isn’t enough surface area for sunlight to reach the photovoltaic cells inside the panel.

At these steep angles, many households may want to invest in ground-mounted solar solutions where possible to maximize electricity production. With ground-mounted systems, sunlight can be directed onto the panels from closer to perpendicular angles.

Roofs with angles between 45 and 85 degrees are perfect for rooftop solar panel installation because, at these relatively lower angles, enough surface area of the photovoltaic cells will be exposed to benefit from the sun’s rays.

By setting up their solar panels on roofs with a pitch within this range of angles, homeowners can expect high levels of energy efficiency – around 25% more efficient than average, in fact. All angles close to or under 45 degrees are considered ‘good’ too but will yield slightly less electricity due to the imbalance of photons striking the cell from awkward angles.

Put your new roofing knowledge to the test by asking a professional roofer about rooftop solar panel installation for your home or business.

By weighing up all of these factors and more, you can make an informed decision about whether or not now is the right time to install solar panels on your property.

So, What’s The Best Roof Pitch For My Solar Panels?

When installing solar panels on your roof, you’ll need to make sure that the angle of your roof is optimal for harvesting the maximum amount of sunlight. The angle at which your rooftop is facing will impact how much energy can be generated by your solar array.

The Importance Of Panel Orientation

The best roof pitch for solar panels is a subject of debate among architects and contractors, but research supports that the southern exposure is ultimately more efficient.

Another important factor in determining the orientation of your home’s solar panels concerns prevailing weather patterns.

Solar panels located on northern or western exposures may experience snowfall accumulation, ice buildups, and stifling heat in the summer months when compared to their southeastern counterparts.

This will result in higher energy output from the former orientations over time as opposed to a lower one depending on your annual received sunlight hours.

Generally speaking, panel orientation would be optimized if it follows an angle equivalent to the latitude at which you reside, therefore maximizing its potential electricity generation throughout all seasons while minimizing the risk of physical obstruction by debris.

Panels located on west-facing roofs are prone to overheating during summer time which results in lower productivity over time, whereas east-facing panels are at risk of snow accumulation in autumn and winter months.

Keep these factors in mind when considering your roof pitch for solar installation.

Common Questions About The Best Roof Pitch For Solar

The answer depends on your location and the type of solar panel you use. Generally, it is best to face panels either east or west for optimal performance.

East-facing panels will be best for early morning sunlight, while west-facing panels can take advantage of the late afternoon sun. Both orientations can still produce energy even in cloudy conditions.

What Is The Optimal Angle For Solar Panels?

The optimal angle for solar panels depends on your location and climate, as well as the type of panel you are using.

Generally, it is recommended that solar panels should be installed at an angle equal to your latitude plus 10 to 15 degrees. This will ensure that the panels can take full advantage of the sun’s rays throughout the day.

Can A Roof Be Too Steep For Solar Panels?

Yes, a roof can be too steep for solar panels as the angle of the panels affects their efficiency. Panels that are installed at angles that are too steep may need more sunlight to produce enough electricity.

It is generally recommended that solar panels be installed at an angle equal to or slightly higher than your latitude to maximize efficiency and power output. Additionally, if the roof is too steep, it may be easier to install and secure the solar panels safely.

In conclusion, the best roof pitch for solar depends on your specific location and climate and the type of panel you are using. Generally, it is recommended that panels should be installed at an angle equal to or slightly higher than your latitude to maximize efficiency and power output.

Additionally, the roof should be manageable, as this can hinder installation and reduce efficiency. It is always best to consult a qualified solar installer for advice on the best angle for your particular situation.

We’ve compiled a list of the best solar companies near you.

Solar panels can be very expensive. Make sure you get the most out of your investment by choosing a roof with the best possible pitch for solar energy production.

We’ve compiled some helpful information about the best roof pitch for solar installation so you can make an informed decision before purchasing new panels.

Thanks for reading our blog post. We hope you learned a little more about the best roof pitch for the solar panels on your home.  Have any other questions? Let us know in the comments below!